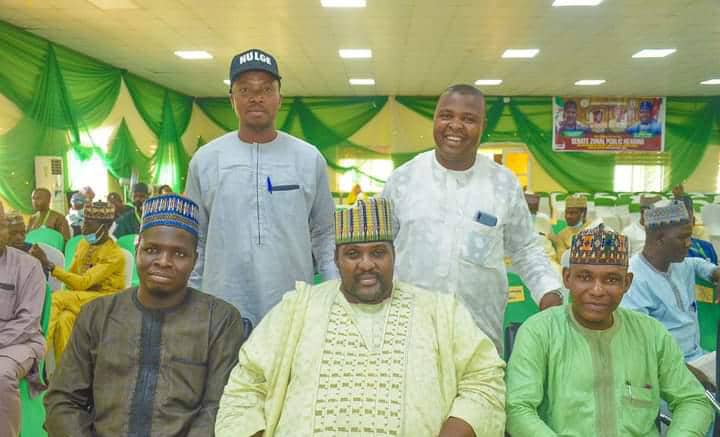 Presenting the memo on behalf of the Community during the Northeast Zonal Public Hearing conducted by the Senate Committee on the Review of the 1999 Constitution in Bauchi, today, member representing Ningi/Warji Federal Constituency in the House of Representatives, Hon. Abdullahi Sa’ad Abdulkadir (Baba Iyali) said that the community had consistently been
presenting the request to various governments since 1981.

“The proposed Burra Local Government Area, is to be made up of the present Burra District which consists of five Village Head Areas; Burra, Kurmi, Sama, Kyata and Bashe. Under these village head areas there are more than two hundred and fifty (250) villages and hamlets.

“The district is one of the oldest with a long history dating back to the 18th Century. In fact it was only with the establishment of colonial rule that the independent district was merged in 1902 with two other
districts, Ningi and Warji, to constitute the then Ningi Native Authority
which waslater re-named Ningi Local Government Area, under the 1976
Local Government Reform.

“This is the only oldest district as way back as 1902 that is the farthest
from the local government headquarters, with a distance of over 100
km away and borders 6 Local Government Areas; Takai, Sumaila,
Tudun Wada, Ningi, Doguwa and Toro and 2 states Kano and
Jigawa. This comes along with serious security and administrative
consequences and general development of the people.

“With a land mass of 2,348 square kilometres the proposed Local Government has adequate land to take care of all of its developmental needs like population growth,
expansion of both arable and animal farming and the increase and
expansion of other economic activities.” He further explained.

Hon. Abdullahi Sa’ad also disclosed that the population of the proposed Burra Local Government Area was 220,000 based on the 2006 census figures, which gives a total of 324,750 people based on 3.4% growth rate projections as at 2020 and the area is well known in Bauchi State for its vast rich and fertile agricultural land wilith abundant rainfall, good weather and, above all hard working and enterprising people who are very famous in the production of various agricultural produce such as guinea corn, maize, millet beans, wheat, rice, cassava, yams, soya beans, cotton, groundnuts, pepper and livestock production.

According to Hon. Baba Iyali, the area is also blessed with deposits of various minerals such as tin ore, gypsum, columbite, tantalite, wolfram or tungsten and various germ stones and Lame-Burra Game Reserve which is second to Yankari Game Reserve is significantly located in Burra District, which when fully developed as centre of tourist attraction would greatly improve the commercial and revenue base of the proposed Local Government Area.

In term of manpower requirement, he said that the area is blessed with many sons and daughters who are capable and experienced civil servants of various cadres working at different levels of civil service across the country and any one of them whose services are
needed will be willing to come and help develop the new Local
Government.

The Member therefore appealed to the Senate Committee to consider and approve the request so that people of Burra who have for long been locked out from the centre of governance because of inaccessibility of their area, could really feel the impact of the government.