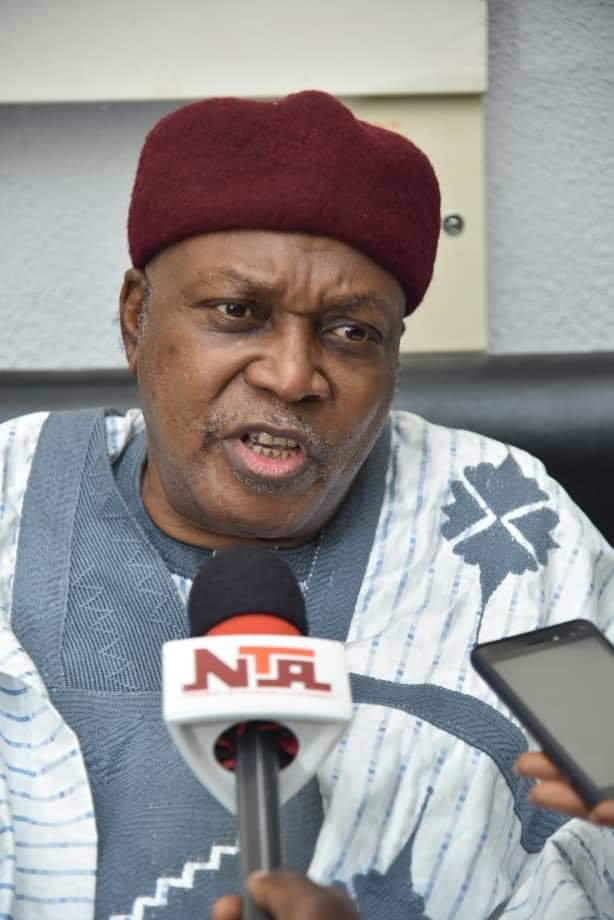 Taraba State Governor, Darius Ishaku has described the defection of his Cross River counterpart, Ben Ayade, to the ruling All Progressives Congress (APC) from the People’s Democratic Party (PDP) as shocking and embarrassing.

The Governor reacted on the matter while fielding questions from State House correspondents in Abuja, after meeting with the Chief of Staff to President Muhammadu Buhari, Professor Ibrahim Gambari on Friday, 21/5/2021.

According to Ishaku, a vibrant opposition is necessary to keep the ruling party on its toes.

His wards: “Well, i wouldn’t know precisely the governor’s thinking, because all of us are different, but we are greatly shocked and embarrassed that he suddenly dumped the party for APC, because all of us see PDP as alternative to APC. And all the PDP governors are doing very, very well, in their respective states. And for him to leave to APC, I don’t know the details of that.

“But as to the reason why our colleague in PDP will depart, I don’t have the details, and I can’t hold brief for him. He can still talk for himself. But I want to assure you that all the governors in PDP are doing very well, very well in their respective states.

“Possibly because we are in a position and the pressure is on us and we are doing the best we can. I will invite you to my state in Taraba, to come and see the beautiful works i’m doing there in all ramifications. From education, agriculture, name it, we are doing a great job, infrastructure etc.”

Do you speak English? Work for a UK company, Live in Nigeria
UK Jobs by TaboolaSponsored Links
The governor said the National Reconciliation and Strategy Committee headed by the former Senate President, Dr Bukola Saraki, did a good job to make him stay but he had other reasons to leave.

“Let me tell you, they have done a good job. A very good one. But it depends on the decision of an individual and what he actually hopes to gain. You may get the best of intentions somebody may not agree with you. And so that is the point, I think is more of the governor’s decision as it affects him, and that nobody can hold brief on that.”

Asked to react to the reported deaths of Boko Haram leader, Ibrahim Shekau, Governor Ishaku said there had been many of such stories in the past.

“This news has always been like that. Let’s wait and see if it is true and if it true then, we are hoping that the solution is in sight,” he declared.

He said efforts were ongoing to deal with insecurity in Taraba, which he said had been substantially brought under control.

He further said: “Well, we are doing our best under the circumstances to make sure that we reduce as much as possible the casualties. And in Taraba, well, we have tried to reduce it. But of recent we’re still having our own problems too. But we working on it and and we’re on top of it.

“Just last week, I had some problems between the herders and the farmers and we have quelled it substantially. But with a lot of losses, we’re hoping that we would have come to a full stop by now.”