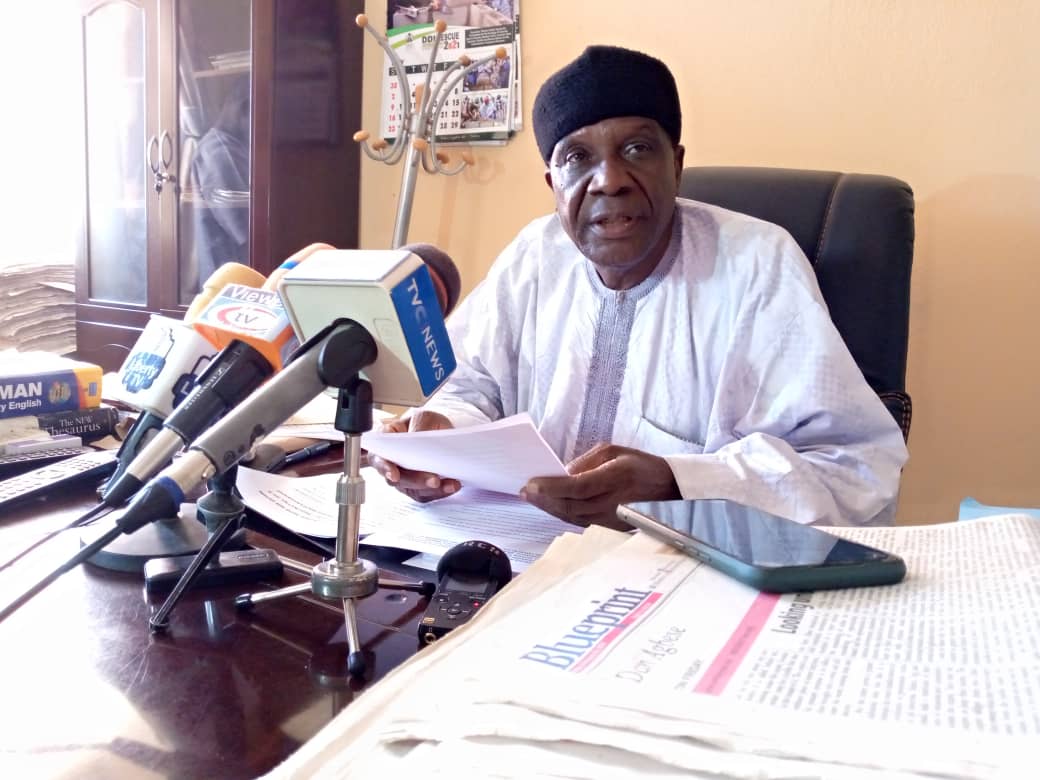 Taraba state Governor, Darius Ishaku has described as wickedness the recent motion that was moved by the Deputy Minority Leader of the Senate, Senator Emmanuel Bwacha against the arrest and detention of 14 youth from Takum local government area of Taraba state by the police.

The state Commissioner for Information and Reorientation, Barr. Danjuma Adamu who was reacting to the allegation made by the Senator representing Taraba South at the National Assembly said it is clearly that Sen. Emmanuel Bwacha was defending the arrest of a group called ” Bwacha Brought Ups”.

“The attention of the Taraba State Government has been drawn to a publication on the social media signed by one Disebe S. Bala Donga, SA New Media to Senator Emmanuel Bwacha linking Governor Darius Ishaku to the arrest and detention of some youth from Takum LGA by the police.

“The purported writer claimed that the youth “were mischievously lured by the governor to jalingo” before they were whisked away by the police for an illegal detention for a bailable offence.

“No wonder, he is trying to defend the indefensible as the law is already taking its course.

” In view of this falsehood, the Taraba State Government is compelled to react and clarify the issue”. Said Adamu.

The Commissioner maintained that Governor Darius Ishaku has always been a promoter of the principles of separation of powers and cannot do anything to interfere in the duties of the Nigerian police or the Judicial arm of government.

According to him, it will be a preposterous for the Governor to descend himself so law to meddle and influence the action of the police in the state.

“The police are trained to detect and fight crime and criminality as this is their constitutional responsibility, which is exactly what they have done in this case.

“The sponsors of the youth, particularly Senator Emmanuel Bwacha has anything against the action of the police for the arrest and detention of the 14 youths, he should go to the court to seek redress.” The Commissioner alleged.

Barrister Danjuma Adamu, noted that it was wrong for Sen. Emmanuel Bwacha or group to link Governor Darius Ishaku to the arrest and detention of the youth simply because someone or some people are trying to seek cheap publicity.

” Governor Darius Ishaku’s concern at all time is the promotion of security, regality, peace and progress of Taraba State. This has been his focus since he assumed power in May 2015 and he will continue to do so, by the grace of God.” The Commissioner concluded.

Our Correspondent recalled that Sen. Bwacha has accused the Taraba state government for the arrest of Fourteen Youths from his Constituency.

The resolution were sequel to a Point of Order raised by Sen. Emmanuel Bwacha (PDP-Taraba) at the plenary on Wednesday, 5 March, 2021.

Other resolution by the Senate included the directive on the National Judicial Commission (NJC) in collaboration with their state counterpart to investigate the acting Chief Registrar of Taraba High Court, Bartholomew Kaigama, over judicial abuse among others.