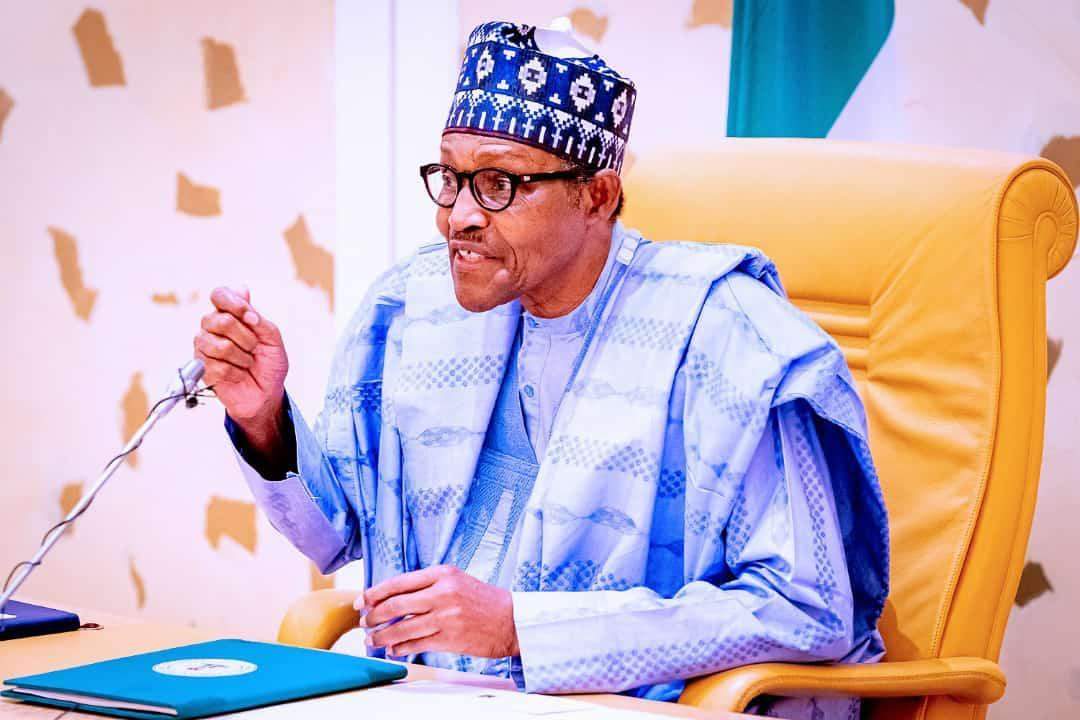 President Muhammadu Buhari Thursday in Abuja called on Nigerians to fully participate in the ongoing synchronization of National Identification Number (NIN) with SIM cards across the country as it will provide a digital framework for improving security and strengthening of the economy.

Launching the National Policy for the Promotion of Indigenous Content in Nigerian Telecoms Sector and Revised National Identity Policy for SIM Cards registration, the President said proper identification of all Nigerians and legal residents in the country and ability to conveniently access a data base will provide impetus for more effective planning and security oversight.

“The NIN will cover one of the weaknesses in our security structure. We will be able to easily identify and know the personality of Nigerians. We will identify people easily, including the crooks,’’ he said.

The President said the launch of the Revised National Digital Identity Policy for SIM Card Registration was quite timely and will support efforts to enhance security and develop the economy.

“The National Identification Number is the foundational digital ID for the country; both Nigerian citizens and legal residents are expected to obtain the NIN. It will provide access to government services and will give government useful insights that will enable us to utilize scarce resources in a more efficient way,’’ he added.

In a statement signed by his Special Adviser on Media and Publicity, Femi Adesina, Mr President noted that the first National SIM Policy was launched in February 202o, and the revised policies were in full alignment with the objectives of the administration in the areas of economic development, security and anti-corruption.

“The Digital Economy sector has made significant progress and recorded a number of unprecedented achievements since we expanded the mandate of the Ministry of Communications to include the digital economy mandate.

“The Information and Communications Technology sector was the fastest growing sector in both the fourth quarter of 2020 and the entire year 2020, based on the Report by the National Bureau of Statistics.

“The sector’s 14.70 per cent double digit growth rate played a principal role in supporting our country to exit the recession triggered by the COVID-19 pandemic. The growth rate of the sector exceeded four times the next fastest growing sector of Q4 2020, ICT Sector which had a growth rate of 3.42 per cent. This is truly commendable,’’ the President added.

President Buhari said the digital economy sector provided online options for activities that were hitherto restricted to offline channels, while minimizing the disruption to activities of both public and private sectors, and reducing cost of meetings.

Accordingly, he said the National Policy for Indigenous Content in the Nigerian Telecommunications Sector was in line with the administration’s commitment towards ensuring that Nigerians become active participants in the different sectors of the economy, including the telecommunications sector.

READ ALSO: FG approves improved NIN slip, mobile app for enrolment
“The Federal Government embraced institutionalizing online meetings through the approval of the National Policy on Virtual Engagements in Federal Public Institutions. As a result of this, we now have virtual Federal Executive Council, virtual Council of State and virtual National Economic Council meetings, among others, even though this development was triggered by COVID-19,’’ he said.

“As a country, our desire to produce what we eat, and consume what we produce is not limited to the literal meaning; rather we want to work towards being self-sufficient in every sector of the economy. For the telecom sector, we want Nigerians to play a major role in the design and manufacture of devices, in meeting the manpower requirements and in becoming an active part of the telecommunications ecosystem of the country.

“The policy aims to achieve this and I have earlier directed the Honourable Minister of Communications and Digital Economy, Dr Isa Ali Pantami, to develop the structure for its implementation and forward this to the Nigerian Communications Commission to implement. We are confident that the execution of the Policy will further enhance our economy and lead to the creation of jobs,’’ the President noted.

President Buhari said there had been many futile attempts to promote the use of digital identity in the past: “Previous attempts have been unsuccessful due to a number of reasons, including sabotage. Our focused approach shows that this administration is dedicated to ensuring that we derive the benefits of a secure and robust digital identity system.’’

The President assured that his administration was fully committed to the safety of Nigerians and linking the SIM to NIN will significantly enhance security, aid in national planning and budget preparations.

In his remarks, the Minister of Communications and Digital Economy appreciated the President for the continuous support to the telecoms sector, including regulators and operators, thanking him for the keen interest in ensuring that the security sector gets a boost with more information on Nigerians and legal residents.

The minister noted that the NIN Registration had recorded a huge success with 54 million Nigerians already captured in the process, adding, “within six months over 12 million enrolled.’’

Dr Pantami said it was now possible to have virtual ID cards that can be used in various transactions, assuring that the NIN and Sim card registration for Nigerians and legal residents will cover 99.9 per cent.

He said the buoyancy of the telecoms sector had given Nigeria many leadership roles in international organisations, listing the impact on education, training, health and welfare of many, including the establishment of 600 computer centres, and a world class sim card manufacturing company in the country.