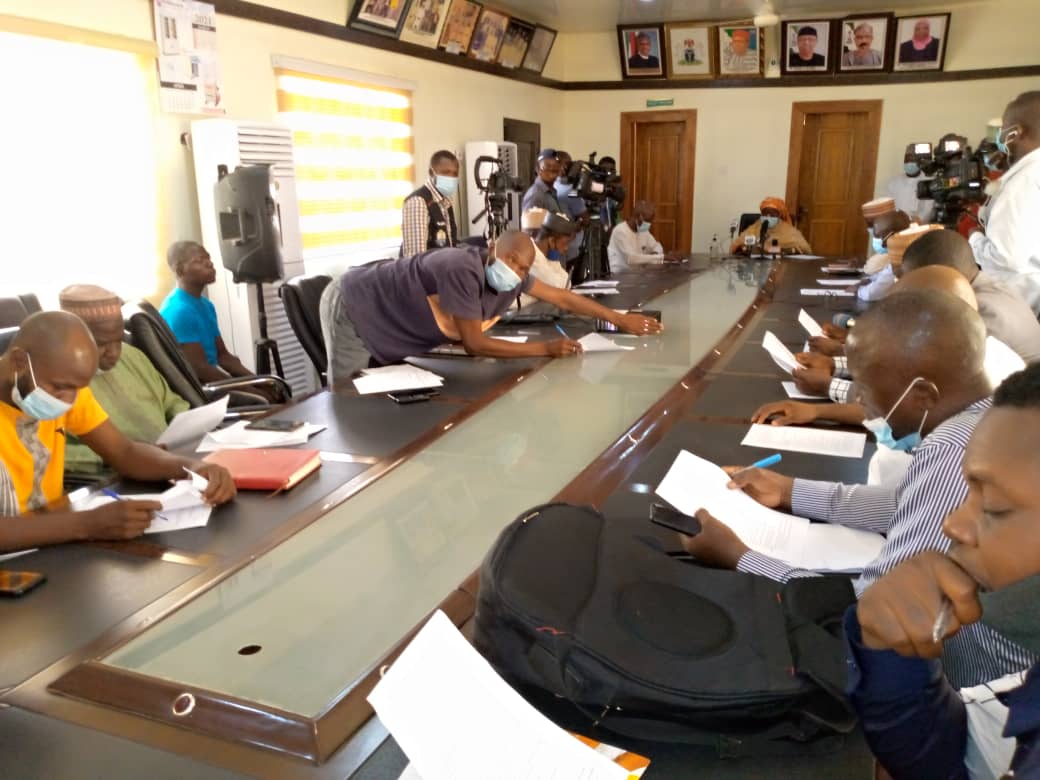 The Medical Director,​ Federal Medical Centre,​ Jalingo, Dr. Aisha Adamu has identified inadequate equipment, materials, power and water supply as some of the major challenges the hospital is faced with.

Dr. Adamu who stated this in Jalingo, Taraba State capital while briefing journalists to mark her​ one year in office said other challenges include Personnel deficiency in the right distribution and mix as well as erosion.

Despite the modest achievement recorded within the year under review, Training and retraining of personnel is also a big challenge to the management due to funding as well as Security and Housekeeping due to problems of outsourced.

Our Correspondent gathered that the one year anniversary of resumption of office which took place at the cabin hall of the hospital was first of its kind since the establishment of the hospital in November, 1999 with Dr. Daniel Bobzom as the first Medical Director.

Dr. Aisha Adamu who thanked the morning God Almighty for making it possible for her and her management team to mark the period also thanked him for protecting them through the challenging time of covid-19 pandemic.

She listed some of the achievements recorded within the one year in office to include setting up an assessment team that conducted an assessment of four key components of the hospital that included Infrastructure, Personnel, Equipment and Operations.

“The assessment was conducted and has so far formed the bedrock of our service provision for the past one year.

“The Hospital has experienced a lot of media coverage especially social media hence a lot of what we have accomplished is already in the public domain.

“However, we were able to renovated MD’s Block and supply furnitures, Built a Molecular Laboratory and supply of equipments (Federal Government-ESP), built an isolation Ward (Lassa And covid-19) (ESP), Renovated the proposed Public Health Department as well as Building of Neo-natal Ward (capital project 2020) among many others.

Dr. Aisha Adamu also informed that within the year under review, ward one and Female Surgery Ward and Gynae as well as Maternity ward were all renovated.

She said a 4 bedded intensive care unit was established and expanded to 10 bedded by the federal government, as well as the establishment of Endoscopy unit by the hospital which is fully functional.

The MD further explained that the hospital has also organised several workshops for over 21 staff and trained over 57 while 152 were promoted within the one year.

She noted that despite the Covid19 pandemic and the EndSARs protest that almost crippled the entire economy of the Nation,​ she has within the year in office be at work to fulfill the mandate of providing excellent healthcare services to the teeming population of Taraba state.

Mrs Adamu maintained that she has also within the last one year engaged unions and attend to their complaints by providing them their legitimate claims and welfare packages.

“As we speak,​ residency training is in top gear, and we want to strengthen research to fulfill one of its mandate.

We all know that the security situation of the country is quite delicate and the hospital is doing all what it can to ensure security is beefed up .

There is a good collaboration between the internal security and the police.

The Medical Director, therefore, noted that CCTV are being deployed at relevant places and required motorcycles that have been deployed for surveillance to help address the problem of insecurity within the hospital.

” Within a year, we have done our best to make sure that governance is done in an accountable and transparent manner”.

She revealed that in the coming years, Hospital intends to provide more infrastructures including GOPD/NHIS, Physiotherapy, laundry, establish more departments and strengthen the existing ones as well as employ more housekeeping staff and train them among others, for effective service delivery.

Dr. Aisha Adamu, appreciated the Taraba State government and all the philantrophists, corporate organizations and NGOs who donated various items to the hospital in the past one year and all the stakeholders especially the host community for their guidance and tremendous cooperation and appealed for more support to enable them achieve the set goals.

She finally commended the principal offices of the institution for a job well done, while she pledged to do her best in ensuring that they work in a conducive environment and with the necessary tools.

State Of The Nation: Nigeria Must Not Fail – PDP National Chair