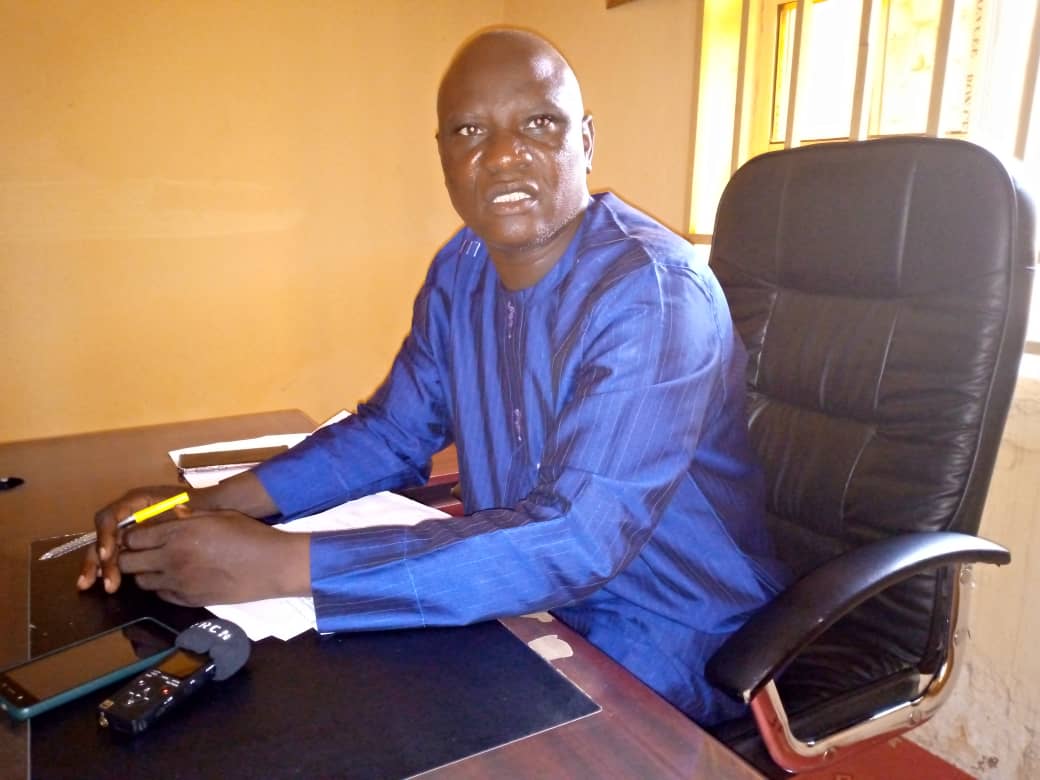 Taraba State Governor, Darius Dickson Ishaku has been commended for engaging over 3,079 Rescue Teachers in the state as against the insinuation that they were 3000.

The State Chairman of Academic Staff Union of Secondary Schools (ASUSS), Comrade Sule Abasu made the commendation while speaking with newsmen in Jalingo, capital city of the state, Northeast Nigeria.

“Let me correct this, people are saying 3,000 rescue Teachers, no, the Governor engaged 3,079 Teachers.

He also debunked the rumour making round that some of the rescue Teachers were disqualified and not paid, adding that only Teachers that have issues with their Account details or Qualifications were not paid.

“Over 600 have been paid, anybody who said over 900 Teachers have not been paid, it is not true, let him come with proof of such.

He explained that a Teacher is expected to do the needful by going to Classroom and master his/her subject for providing effective and quality education for younger generations.

“I call on all Teachers to take their job with seriousness and desist from promoting God fatherism” Albasu lamented.

“After the screening by a committee that were set up, most of the Teachers were paid and the committee is still working to rectify the problems, so that those that are yet to be paid would receive their salaries, because all the 600 Teachers that were cleared have been paid.

“You cannot refused paying somebody his entitlements except there is problem somewhere and before one can be paid his salary, there must be checks and balances. The committee must ensure that everything is rectified, then they will be paid”.

“Some of these rescue Teachers have no Reporting or clearance letters and if you ask, where is your reporting letter, he will say i don’t have, what about your clearance letter, i don’t have and some of them does not go to their assigned schools, but they only come for salary on payment day.

“Are such Teachers sincere to themselves and the Government? No. Prince Sule Albasu expressed dismay.

He further pointed out that the essence of engaging the rescue Teachers was to assist the existing ones, due to inadequate manpower in the sector.

“If you are ask to render your help, why are you not coming to work and you are expected to be paid?, there is no fairness to that aspect.

“If you are a teacher, do the needful, if you don’t go to work, you are not yet a teacher.

“Teachers are the bedrock of every Profession in the world and are expected to give in their best.

“I call on Teachers to give in their best, give the students a good Foundation, for the Foundation matters a lot – Albasu concluded.

When contacted for comment, the state Chairman of rescue Teachers, Comr. Sylvanus Acha, express happiness with the recent screening of the Rescue Teachers, adding that after the screening, Teachers were paid their outstanding of Four Months.

“We want to thank the state government for keeping to their promise of not tampering with our welfare.

“We want to use this medium to appreciate our Governor Darius Dickson Ishaku for finding us worthy toengaging us. He didn’t just engage us, but he train is on Computer, for some of our lessons are delivered on Power Point.

According to him, Taraba public schools can compete with private schools as a result of the efforts of the rescue Teachers and advise his Colleagues to put in more of their best.

“Let me tell you, since the coming of Governor Darius Dickson Ishaku, WAEC performance have been increasing yearly. In 2017 – 2018, Taraba State scores 75 percent in the country, it rose to 75.3 percent. In 2019 – 2020 the state scores 85.74 percent against the previous scores. You can see that the performance is increasing every year – he said.