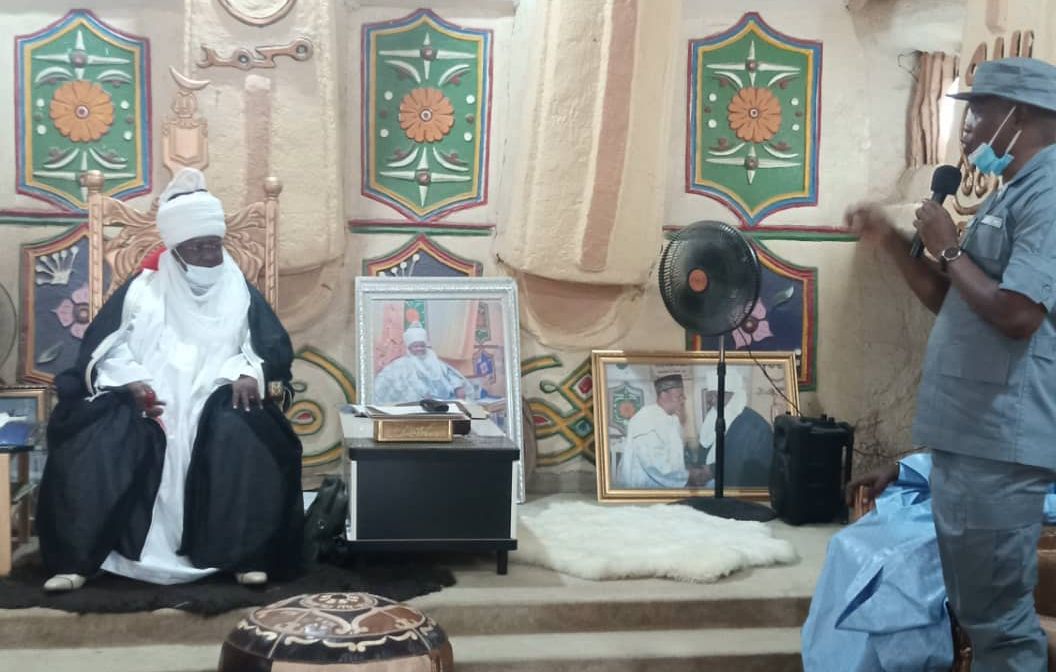 The Emir of Bauchi, Dr Rilwanu Suleiman Adamu on Thursday pleaded with the Nigerian Institute of Public Relations (NIPR) to use its expertise to assist authorities in overcoming the numerous challenges confronting the country.

The Emir was speaking when he granted an audience, President, Vice President, Council member and officials of the Bauchi chapter of the Institute who paid him an advocacy visit at his palace in Bauchi.

Dr Rilwanu Adamu believed that, NIPR as a professional body specialised in public relations can play a critical role by educating Nigerians on ways of addressing national challenges especially the insecurity.

He said Nigerian Institute of Public Relations as a noble profession it impact on the lives of populace cannot be over emphasized particularly in crisis management for better living.

The Emir therefore called on members of the institute to consider total adherence to the ethics of the profession as their watchword for the image of the profession and for peaceful coexistence among Nigerians regardless of religious differences.

“I am highly delighted to receive you and to welcome you to my palace this afternoon, going by the number of challenges facing our country especially the insecurity, I think NIPR can play a role in overcoming the problems.”

Dr Rilwanu Adamu who welcomed the hosting of the forthcoming National Annual General Meeting of NIPR in Bauchi, pledged his council’s support for the success of the programme.

On his part, the President, Nigerian Institute of Public Relations (NIPR), Alhaji Muktar Sirajo explained to the Bauchi Emir that NIPR was mandated by the law to set parameters of knowledge to enable people practice public relations in Nigeria accordingly by regulating their conduct.

He said the visit to the Emir’s palace is to brief him officially on the preparation for the forthcoming AGM of the Institute scheduled for 20th, March, 2021 and to seek for his support for smooth conduct of the event.

“It will interest His Royal Highness to know that in the 60 years history of NIPR, this is the first time for a state in the North East to be giving opportunity to host such event and we are here in this palace for a number of reasons.”

The NIPR President said as part of the relationship building strategy of the institute, NIPR will continue to do it best to ensure the country restore its lost glory where people can relate with one another without consideration to religious differences.

The Vice President of the Institute who is the Chairman, National Organizing Committee of the forthcoming AGM, Assistant Comptroller General of Customs, Mr Bashir Adewale Adeniyi told the monarch that his committee is satisfied with the commitment of the Bauchi chapter towards the conduct of the programme in Bauchi.