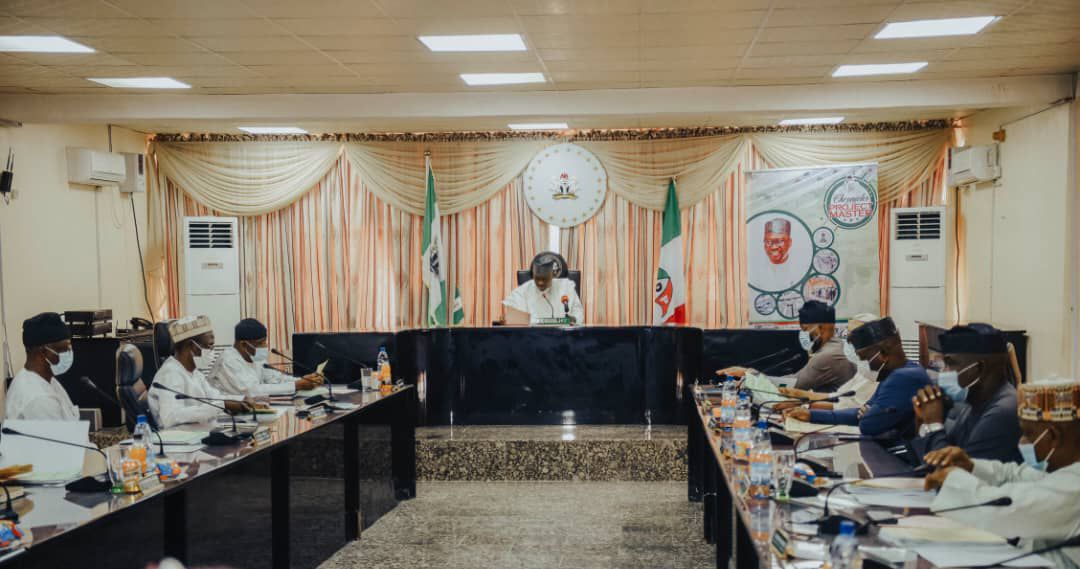 The Adamawa State Executive Council Wednesday during its first meeting in twenty twenty one has approved the issuance of one hundred billion naira bond for the Adamawa State Agric Business Support for the period of four years.

The Commissioner of Information and Strategy, Doctor Umar Garba Pella disclosed this while briefing newsmen shortly after the council meeting presided over by Governor Ahmadu Umaru Fintiri in the council chambers Government House, Yola.

The Agric bond will draw twenty five billion naira annually which will be used to offset alot of state liability and loans, and open a window for generating a lot of revenue as well as galvanizing the market in the Agric business, especially the livestock subsector.

The Council according to the Commissioner of Information has also approved establishment of Adamawa State Agric Business Support Programme, Five agencies and repositioning of the Agricultural Development Programme and Board of Internal Revenue.

He revealed that government had engaged a consultant to raise its Internally Generated Revenue (IGR) through the Agribusiness plan which the council adopted generating about one hundred billion naira upward improvement in the revenue base of the state in the next ten years.

According to the Commissioner, the Council had during the meeting also approved engagements of a consultant for the development of architectural design, supervision, construction and rehabilitation of health facilities across the state.

He further revealed that the consultants were engaged but their reward was not captured in twenty twenty budget,hence in the twenty twenty one budget, provision has been made for that reward, and therefore the council had approved over one hundred and thirty nine million naira for the consultants.

Doctor Garba said the council has also approved the variation in the contract for the design and construction of flyover at total filling station junction, to allow for expansion of approach road for the length on each way, to accomdate the heavy traffic in the area being close to the ultra mordern market.

He said the work will include expanding the road from bishop street junction to PZ roundabout on Galadima Aminu Way ,widening of the road on each side, provision of storm base, design and construction of two pedestrian paths across the flyover.

He added that the work will also cover demolition and construction of new one by one metre size on both sides of the roads,drainages and provision of lightening along the road and under the flyover among others which will all cost over one point two billion naira.

On his part, the Commissioner of Finance and Budget Doctor Ishaya Dabari while speaking on the issue of April Salary of workers, said the delay is from the Central Bank of Nigeria and as soon as the apex bank disburses the money into the state government account, payment will commence.

Contributing, the Commissioner of Agriculture Mr Dishi Khobe said the Agric business plan has worked in Kaduna and other two states in the country and it will generate seven hundred and fifty as well as one thousand five hundred direct and indrect jobs.

Calm Down, Adamawa Govt Is Not Responsible For Delay In Payment Of April Salary- Tukur