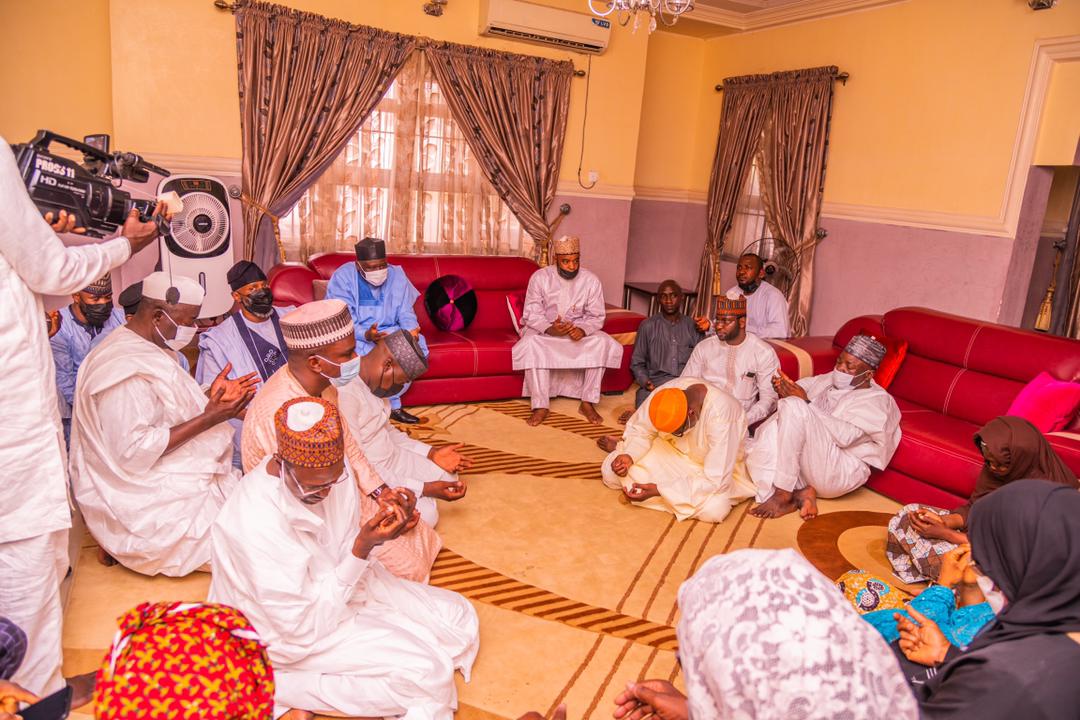 The Governor who was at the family compound of the deceased at Dogirei in Jimeta Friday consoled the bereaved family on behalf of the Government and people of Adamawa.

He described the late former permanent Secretary as a dedicated public servant who before his death has contributed immensely to the growth and development of the state.

He prayed to God to grant the soul of the deceased eternal rest and the family the fortitude to bear the irreparable loss.

Governor Umaru Fintiri was received by some family members of the deceased who thanked him for the condolence visit and prayed to God to reward him abundantly.

The Governor was accompanied during the visit by Secretary to the state Government SSG, Malam Bashir Ahmad, some commissioners and other top Government officials.

The late U.J Maina passed on the 18th day of April 2021 in Mubi local government area of Adamawa state at the age of 77 and has since being buried according to Islamic injunction.

The late Maina was an honorary Senator of the of the Louisiana state senate of the United States of America ,Chairman ,Board for Nomadic Education and National Chairman of the defunct National Centre Party of Nigeria ,NCPN.

He was the Peoples Democratic Founding father, Chairman of the famous Svannah Sugar Company, Numan and was a director in the NNDC, Nigerian Coal Mining Corpration, Enugu state and the Nigerian Oil mills in the early 70s.

U.J Maina is survived by his wife,Hajiya Zainab Miana,CON,Fmr Hon.Minister of Women Affairs and Social Development and a staunch ally of His Excellency,Governor Umaru Fintiri.