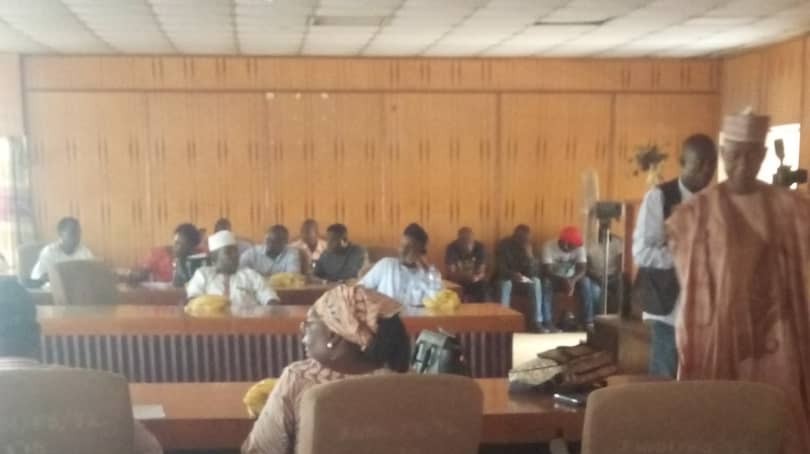 According to the youth who constitute more than seventy percent of the country’s population can drive home change with sincerity of purpose and determination.

He gave the indication Thursday at the conference hall of the Federal Secretariat Yola during a one day summit on Attitudinal Reorientation Forum for Youths and Students in Tertiary institution organized by the National Orientation Agency, NOA with the theme “Youth Participation in National Development”.

Doctor Bamaiyi who was the guest speaker at the occasion, explained that the success of a nation is largely dependent on the cumulative effort and personal contribution of all especially the youth.

While commending the inherent talent of Nigerian youths, Agoso Bamaiyi encouraged them to be resilient purposeful, patriotic and drivers of peace and development in the country instead of engaging in thuggery and other social vices.

He advised the youths to resist the temptation to resort to criminal tendencies and champion the course of Peace and National Development.

Agoso Bamaiyi counselled the youths to embrace the Social Investment Program of the Federal Government holistically with a view to engaging themselves meaningfully given the almost impossible nature of employment availability in the country.

The DG who was represented by the Adamawa state Acting Director of the Agency, Alhaji Mohammed Bashir Gabdo underscored the importance of consistent engagement of youth by NOA on government policies and activities as well as sensitise them against involvement in cyber crime, Sexual and Gender Base violence.

In his keynote address, the Adamawa state Acting Director, National Orientation Agency, Alhaji Mohammed Bashir Gabdo whose speech was read by the Deputy Director of the NOA in the state, Mallam Tijani Ahmed Ubandoma tasked the youths to learn to embrace dialogue and shun act capable of inciting insurrection in the society.

He challenged the youths to continue to build their confidence and develop courage to turn around the fortune of the country for a better and secure future generation.

In his remarks, the Chairman National Youth Council of Nigeria Adamawa state chapter, Ambassador Ajine Delo who described youth as the most energetic and vibrant segment of the population urged them to harness their potential and be in the vanguard of promoting peace and unity in Nigeria.