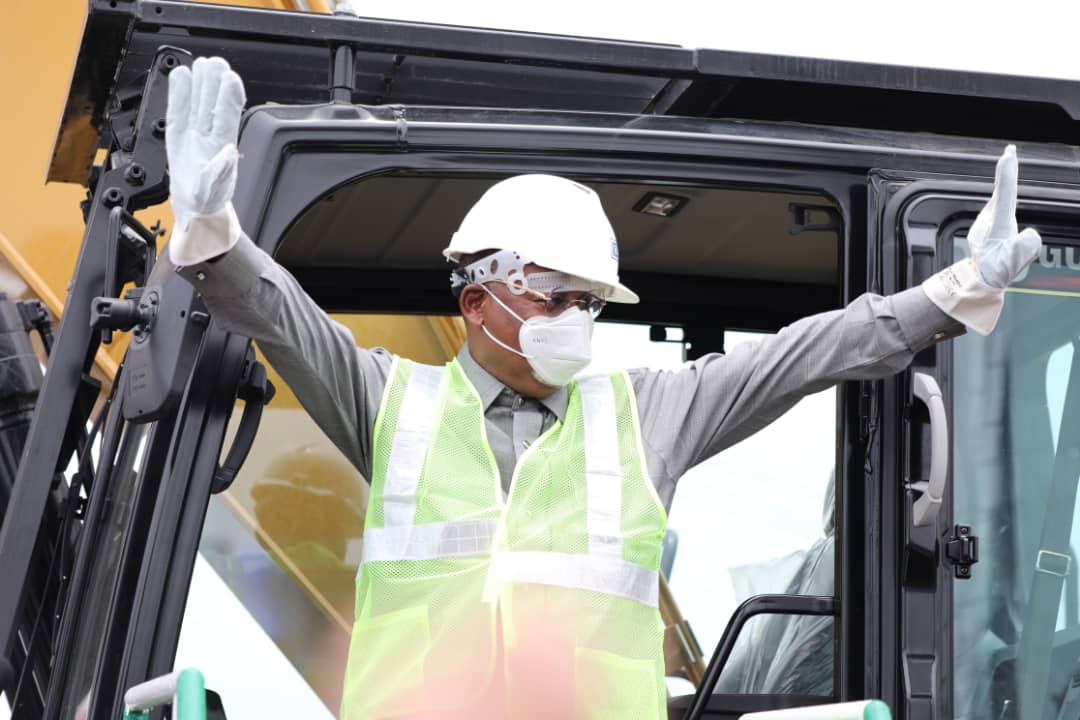 Rivers State Governor, Nyesom Ezenwo Wike, says construction of eight flyover bridges in Port Harcourt alongside other critical infrastructure is in a mark of appreciation to Rivers people who steadfastly resisted attempt to use the Army and other security agencies to rig his administration out of power in 2019.

Governor Wike stated this at the flag off of the 802 meters long Orochiri/Wurukwo flyover bridge, made up of a deck span of 315m, north and south side ramps of 238meters and 249 meters respectively in Port Harcourt on Saturday.

“Why we are doing this is because you too played a role in bringing us to Government. We also have to pay you back. Remember during the last election how the Army and other security agencies tried to rig us out in that election . All of you here came out and resisted that. So, for us, having given us that privilege, we have no other choice but to give you good Infrastructure.”

He explained that the construction of the Orochiri-Wurukwo flyover bridge at the intersection of Olu-Obasanjo Road and Port Harcourt -Aba Expressway junction is intended to address traffic jam that will arise when the construction work on the Rumuola and GRA junction flyovers are completed.

Governor Wike said the reason why the eight flyover bridges have been awarded to construction giant, Julius Berger, is because of the company’s proven integrity and his administration conviction that Rivers people deserve the best infrastructure.

He noted that people often complain about Julius Berger projects being expensive, but on the contrary it is not so.

“I know a road that Julius Berger bid for and one other company bid for that road. Julius Berger bid for that road was N14 Billion, and then the other company which I will not mention bid for N6billion. Now, we said well, let’s give it to the company that bid N6billion. And we did not give Julius Berger. That was not my administration, but I was in the administration then. At the end of the day, we spent over N20 Billion in doing that work. So from onset if we had given it to Julius Berger it would have been better for us and that road is what we call Obiri Ikwerre Road.”

He appealed to motorists and commuters to bear the inconvenience they will experience throughout the duration of the construction of the eighth flyover.

Former Governor of Rivers State, Sir Celestine Omehia, who flagged off the Orochiri-Wurukwo flyover, commended Governor Wike for fulfilling his social contract with the people of Rivers State.

“You are fulfilling your promises to the people of Rivers State. And besides that, road network is an establishment for the future. It’s a way of connecting today for tomorrow. Like you rightly said here, if you don’t it now, somebody will do it at a later time. And you have shown that you have the vision in the administration of the state.

Omehia urged the State government to declare Olu Obasanjo road a business district zone and to specify the kind of buildings that should be allowed in the area.

Rivers State Commissioner of Works, Elloka Tasie-Amadi, said the construction of the Orochiri-Wurukwo flyover will eliminate vehicular traffic conflicts and maintain a free flow on the intersection of Olu Obasanjo road and Port Harcourt-Aba Express way.

“The flyover when constructed, will be 802m long, made up of a deck span of 315m, north and south side ramps of 238m and 249m respectively. It will be dual carriage on the bridge and on the ground, that being 8 lanes in total. Complete of course with street lighting and good sub surface drains. Its construction will not only aid socio-economic activities but will cater for future population growth projections as well as the rising number of vehicles in the State capital.”