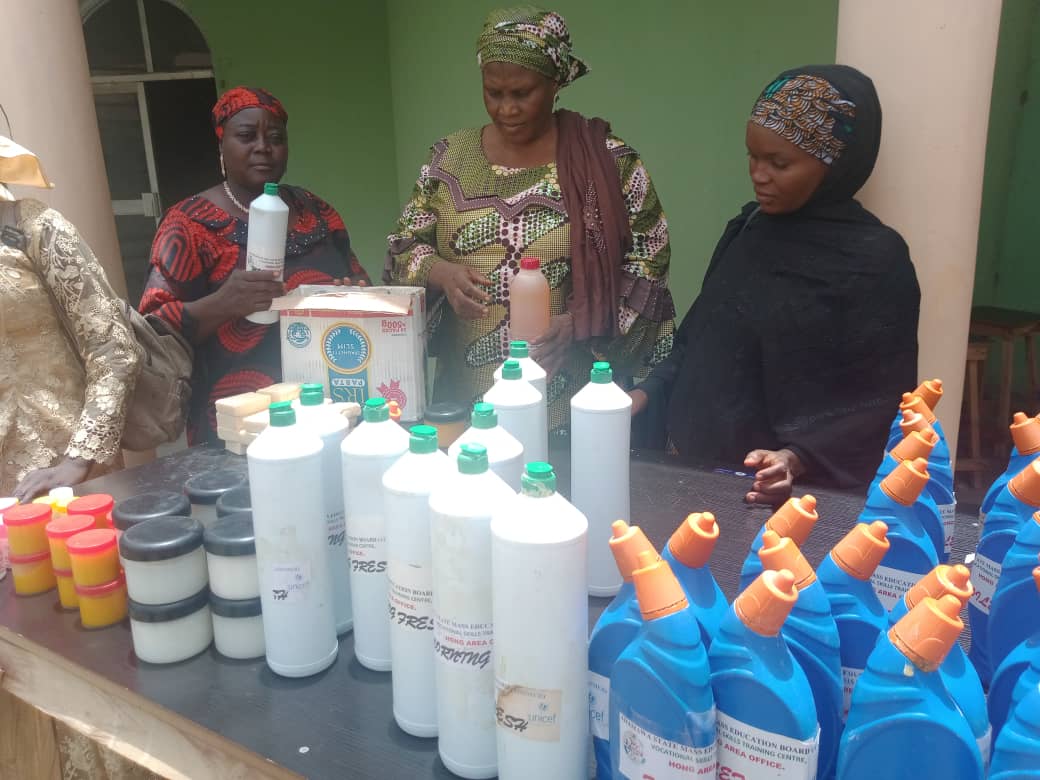 The UNICEF Education Specialist, Bauchi head office, Mrs Mairama Dikwa, made this known during the graduation ceremony held in Hong, the Headquarters of Hong LGA on Wednesday.

Dikwa, represented by Mrs Paulina Kigbu, UNICEF Senior Education Facilitator, said that the graduation was the second in the state.

“In November last year, about 500 young adults, female headed households, and other vulnerable members of the area that were affected by the insurgency, were trained and graduated.

“Today, marks another historic moment in the graduation of the second batch of 1,250 (597 male and 663 female) beneficiaries.

She said that the project was supported and funded by government and the Germans especially the German Development Bank.

In her remarks, on behalf of Adamawa government, Mrs Angelina Pagiel, Acting Executive Secretary, Adamawa State Mass Education Board, thanked the state government for the regular counterpart funding of the programme.

“The Board, state Ministry of Education and the good people of the state are very grateful about this laudable programme.

“The programme will go along way in bringing out many households, the vulnerable and youths from the chain of poverty as well as improve their income generation for a better livelihood,” Pagiel said.

Speaking on behalf of the beneficiaries, Mrs Lydia Musa, expressed gratitude to UNICEF and Adamawa government for training them on different vocational skills.

Musa assured that the beneficiaries would judiciously put in use the skills they acquired to improve the living condition of their families. 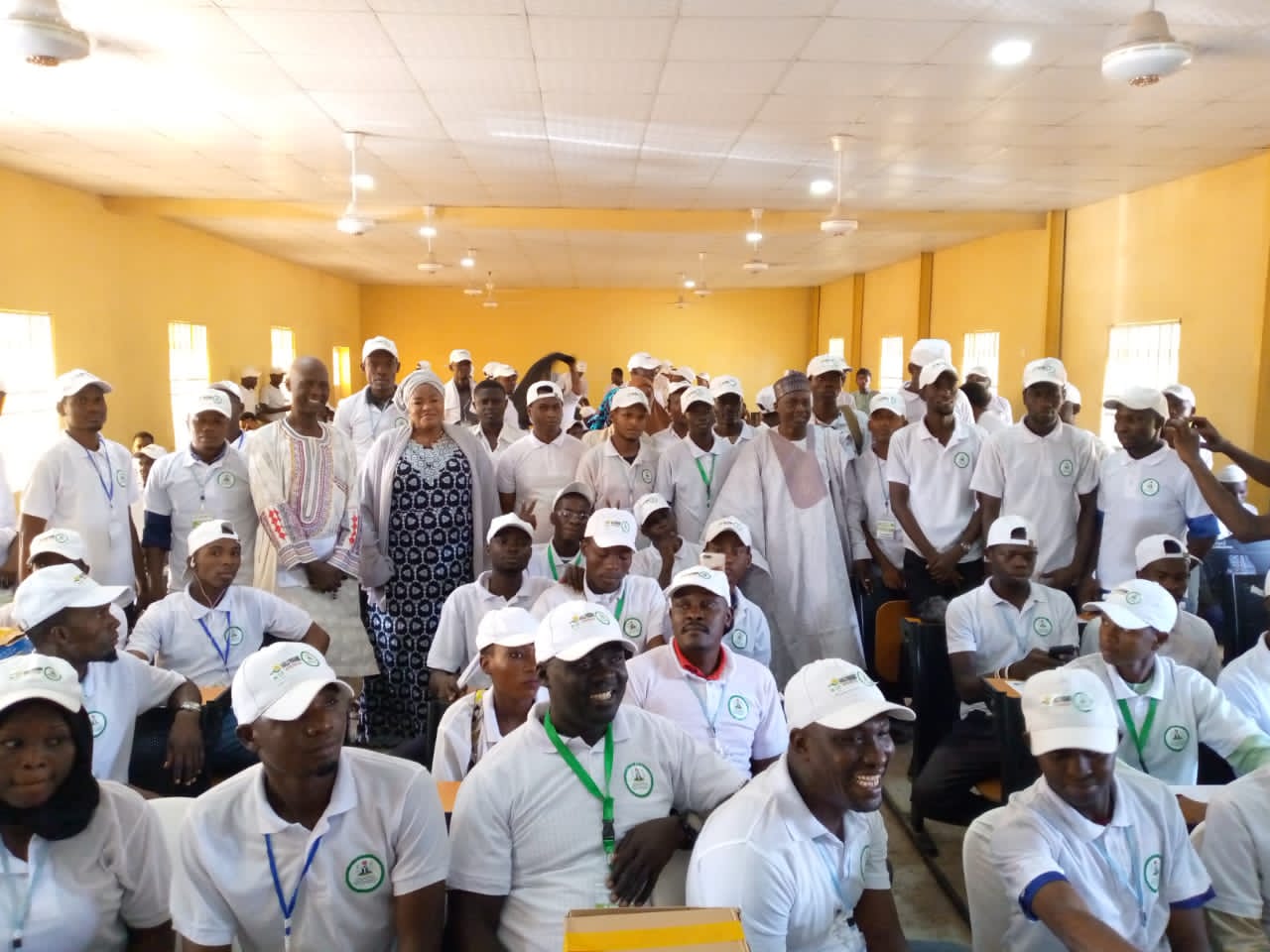 194 young men and women were given starter kits during the graduation ceremony of Federal Government N-SIP training program orginzed in Adamawa today.

The six weeks intensive training on how to repair mobile phones was part of The Federal Government plans to get many Nigerians out of poverty, according to focal Person for Adamawa state, Mrs. Mary Yuwadi about  64,607 vulnerable people in Adamawa have been enrolled under the Conditional Cash Tranfer scheme of the National Social Investment Programme (N-SIP).

She said the beneficiaries were enrolled into the CCT programme across the 21 local government areas of the state, adding that the programme drastically reduced poverty and enhance wealth creation in the society.

“The remaining 36,121 people will soon start benefiting from the scheme”

She added that under N-Power Batches A, B and C, a total of 28,697 people have been enrolled in the state since inception in 2016, while 162,782 pupils captured under National Home  Grown School Feeding Programme, where primary one to three pupils are receiving free meal a day, and about 2,259 cooks employed in the state.

While 38,089 persons accessed different loans to enable them to set up their businesses under the Government Enterprise and Empowerment Programme (GEEP).

According to her, some 28,000 beneficiaries have been registered under GEEP 2.0 programme, adding that they would soon benefit from traders, farmers and market omen soft loans initiated by the government.

She advised the beneficiaries against diversion of the kits and urged them to ensure effective use of skills learnt and engage in productive  activities.

Represented by Dr Umar Bindir, National Coordinator, Social Investment Programmes, the minister said that Nigeria has been recognised as one of the largest social protection programmes in Africa, with about $1billion dollars invested annually to improve the lives of the poor and most vulnerable in the country.

“Since the introduction of the programme in 2016, it has positively impacted on the lives of poor and vulnerable in Nigeria including persons with disability, internally displaced and returnees’ persons,’’.

Noting that the N-Skills was aimed at improving the quality and relevance of skills delivered using a certification system and to ease the transition of target beneficiaries to full time skilled employment.

One of the beneficiaries, Salihu Abdullahi, thanked the federal government for giving them the opportunity to participate in the programme. 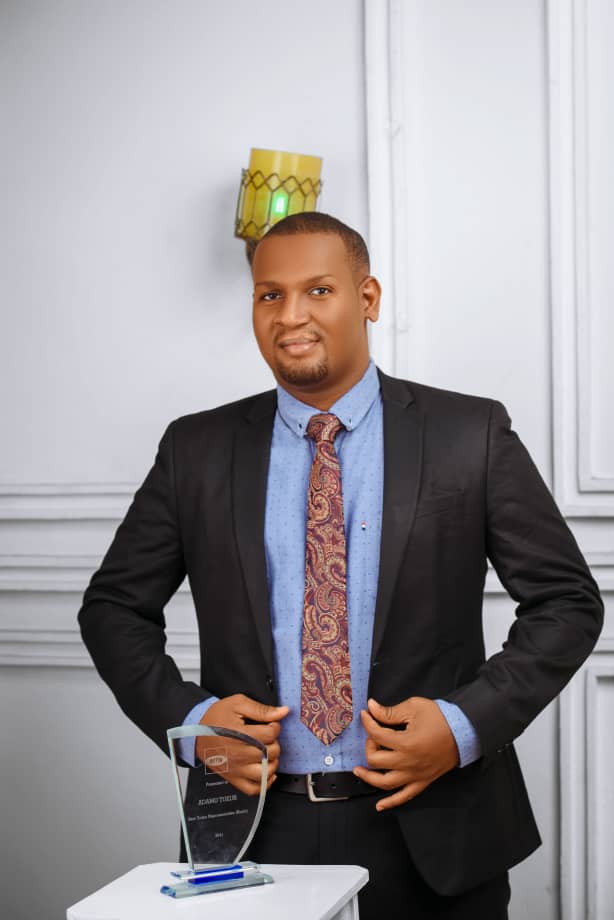 Ammar is the son of late Dr. Aminu Tukur of Blessed memory; the first medical doctor in the defunct Gongola state, covering Adamawa and Tabara, whose second, the states were blessed with came ten years later.

Dr. Tukur, whose achievements Ammar is metaphorically immortalising as demonstrated by the merit ward, indicative of hard work, had made a mark not only Adamawa but in northeast Nigeria. He was the contemporary of Professor Emeritus Umaru Shehu, a Professor of Medicine who served as the 11th Vice Chancellor of the University of Nigeria, Nsukka; a Professor Emeritus, Community health, University of Maiduguri and former President of the Nigerian Academy of Science.

Dr. Tukur, it could be recalled, was the distinguished patriot who earlier proposed for the establishment of college of nursing and midwifery Yola, medical college and teaching hospital decades ago in the defunct Gongola state.

Ammar Tukur was with American University of Nigeria, AUN, Yola, before joining service with MTN Nigeria in July 2018 where he was onboarded at Kano state.

Ammar was transferred to Adamawa, his home state in the year 2020 as a sales representative covering Adamawa northern senatorial district (Mubi Territory).

His diligence, dedicated strategic planning zeal and diplomatic skills added up in making him an effective and efficient marketer to float flawlessly in the global marketing technology and to fly high beyond the sky; earning him the prestigious MTN award, perhaps as a Pioneer achiever in that regard from Adamawa state.

“Responding to the Periscope, the award winning Ammar said, “the award I’m being honoured with as the Best Sales Representation North for the year 2021 followed the critically strict review of my performance; I’m so lucky to be the top staff who achieved marvelously in the entire KPI’s in Northern Nigeria.

“I would confess that it it’s not easy as I had several sleepless nights, struggles and hurdles, beating traces of stress devoid of boredom, to be able to discover the proverbial light at the end of the tunnel.

“It’s also fascinating to discover how much of a collective undertaking success or achievement is; theorists would refer to it as collaboration, synergy and or teamwork. In this respect, I’ll love to recognize a few of my mentors, the likes of the Regional General Manager North Hajiya Amina Dambatta, Senior Managers; Abdulhamid Abba and Hamza Ibrahim, Sales and Trade Development Manager Yola Area, Mr. Godwin Musa and Sales and Trade Development Manager FCT Area; Mr. Nonso Ojogwu.

“These personalities actually played a vital role in guiding and supporting me towards achieving my targets.

“The Alumni and management staff of Konngol SilverTongue: Media and Language Training Institute, Yola are also worthy of mention.

“I’ve earlier benefited from the Periscope Global Publishers’ prestigious awards in 2016 and 2017, I’m also a nominee for the 2021 the Periscope award scheduled for April as was communicated to me. This is a justification and recognition that I’m indeed a worthy ambassador of my constituency and a pride to my parents, family and friends”.